Started from humble beginnings over 100 years ago Herman H. Reeves sold his only asset for $350; a team of mules. Using these proceeds, Mr. Reeves, Dr. J.P. Lee, L.O. Reeves and C.H. Sharp founded the First State Bank of Gould on March 23, 1910. Organized with only two employees and capital of $10,000, Cattlemens Bank opened for business in a corner of the local General Store.

By 1998, the bank had experienced exponential growth in its customer base, leading to the opening of a second branch in Altus, OK. Simultaneously, the charter was moved from the original location in Gould, OK to Altus, OK, sparking a name change from First State Bank of Gould to Stockmans Bank. Between 2002 and 2010, the continued evolution of customer demand and overall success of the bank led to opening of an additional four branches throughout southwest Oklahoma and Texas. To represent the growth and strong future of the bank, a name change occurred in 2021. The current brand, Cattlemens Bank, combines “Grit” and “Truth” relating back to strong ties to the pioneer spirit and honest values that define the bank, now and always.

Cattlemens Bank remains a family-owned, independent bank with a proud tradition of solid management and integrity upon which it was founded more than a century ago. The reputation established so long ago perseveres and carries with it the inherent qualities of high-quality banking and friendly, involved staff, confident in their ability to exceed customer expectations in every regard. How did it all begin? Herman H. Reeves sold his only asset of a team of mules for $350, then borrowed another $650 and together with those proceeds, Reeves and Dr. J.P. Lee, L.O. Reeves and C.H. Sharp founded the First State Bank of Gould. Dr. J.P. Lee served as the Bank’s 1st President. Emory Crow became the Executive Vice President and held the office until 1959, when he was elected 3rd President. Mr. Crow was later elected Chairman of the Board in 1978, with Charles H. Hill, Jr. filling the role of the 4th President. Rick Holder, who has been with Cattlemens Bank since 1982 and served as Chairman of the Board since 1988, succeeded Charles Hill becoming the Bank’s 5th President.In 2007, Rick transitioned from his presidency into his current role as Chief Financial Officer. 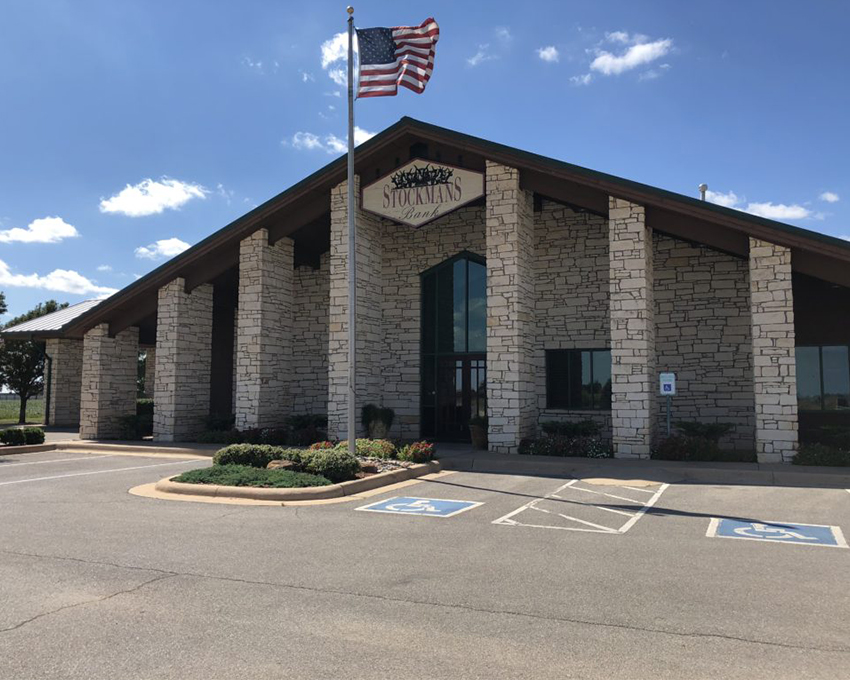 The First State Bank of Gould name was changed to Stockmans Bank and the charter was moved to Altus, Oklahoma. A second full-sized Branch was built in Altus and became the main Stockmans Bank location. The Hollis, Oklahoma Branch was opened, followed closely by the opening of the Mangum, Oklahoma branch in 2003. Mark Holder became the 6th President of the Bank, after joining the Bank in 1986. Mark currently serves as the CEO. The Eldorado, Oklahoma Branch was opened. A Loan Production Office (LPO) was opened in Dallas, Texas. In 2013, the Dallas office became a full-service Branch. Danna Robinson became the 7th President of the bank, after joining in 2001. The Dallas Branch finished construction and moved into its current location @ Keller Springs and the Tollway.

A direct reflection of growth and strong roots sparked a name change to Cattlemens Bank. The bank currently has 7 branches between OK and TX, with over 60 employees. We will remain a family-owned bank, now and always.